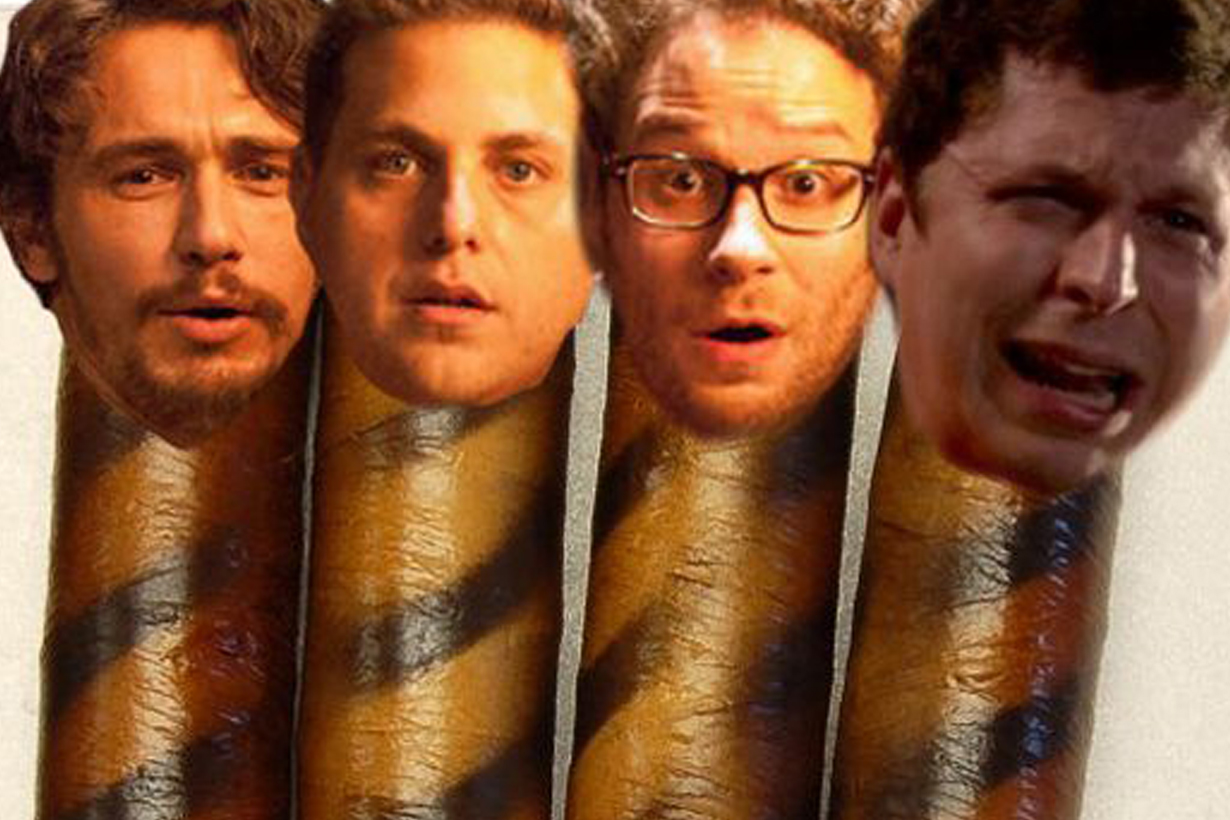 During the first moments when we saw the trailer for Sausage Party, we naively assumed it was just another animated kids film. Upon seeing the raunchy hotdog bun characters, a thought crossed our minds; ‘someone’s gonna get fired’. It was about the moment we saw a potato’s skin peeled from its body, while he screamed in agony, that we realised the error we had made. That, and the number of times the f-bomb was dropped.

Sausage Party is definitely not for kids, so please don’t take your children to it whilst under the impression it’s the next Pixar. Set in a supermarket, the story follows that of sausage Frank (Seth Rogen) and his love interest, the bun, Brenda (Kristen Wiig) celebrating their impending release from the shelves into The Great Beyond. Unbeknownst to them, humans are waiting on the outside to boil them, peel them, slice them, stew them and eat them.

Sausage Party unwraps you from your comfort zone and leaves you questioning everything you thought you knew about food. Did you actually watch a movie or was it all a drug-induced hallucination? Eat during the film at your own risk…