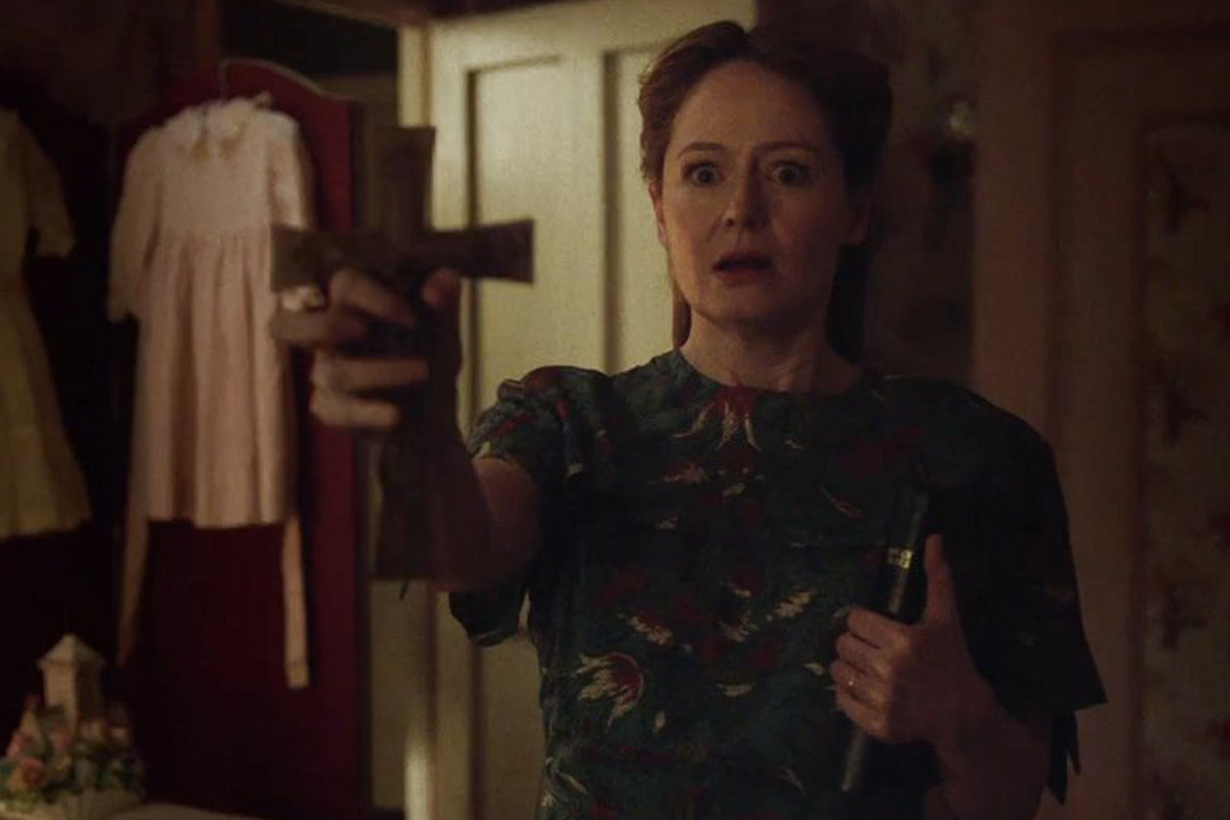 Spoiler alert: if you make a creepy doll, chances are it’ll come back to bite you on the arse.

This is exactly what happens to toymaker Sam Mullins (Anthony LaPaglia). Might I point out here that perhaps the most terrifying moment of the whole film happens in the opening scene, where amid the close-ups of Sam crafting the Annabelle doll, you realise she is just one of 100.

When Sam’s beloved daughter Bee dies tragically, he and his wife Esther (Miranda Otto) pray for her to return. And when she does (umm, no?) they agree to her wishes to embody the doll (UMM, HELL NO!).

I’m sure you can tell what’s coming next but in case you can’t, that’s when things start to go bad.

Sam locks up the doll, and with Esther bedridden due to a mysterious disfiguring accident, he decides to open up the house to a group of orphans and a nun. Because, why not let a bunch of sticky-fingered kids inhabit your haunted house?

Horror fans (like me) may spot the set-up early and see the jump scares coming a mile away, but even I was sufficiently spooked. Credit to director David F Sandberg – known for Lights Out, a simple, 80-minute horror – who uses stomach-dropping cinematography and classic horror tropes to effectively scare the audience.

As is typical of any horror film, the characters are ridiculously stupid when faced with demonic peril. My favourite example: standing outside the house in a group hug when they should be running far FAR away – however, they may be forgiven in this instance as they are young girls. Please note: I was NEVER this dumb as a kid. I was ready to fight evil at every turn, much to the dismay of the Catholic school I went to for two years.

While not as strong as the other films, it stays true to The Conjuring and Annabelle franchise, and ties in nicely, offering a new insight into the story.

Though I am of the opinion that the best scares are those that are hinted at, rather than directly shown, which the first half of Annabelle: Creation is pretty good at delivering. It’s when the doll morphs into the seven-foot black demon (present in the other films) that things get a little bit silly…