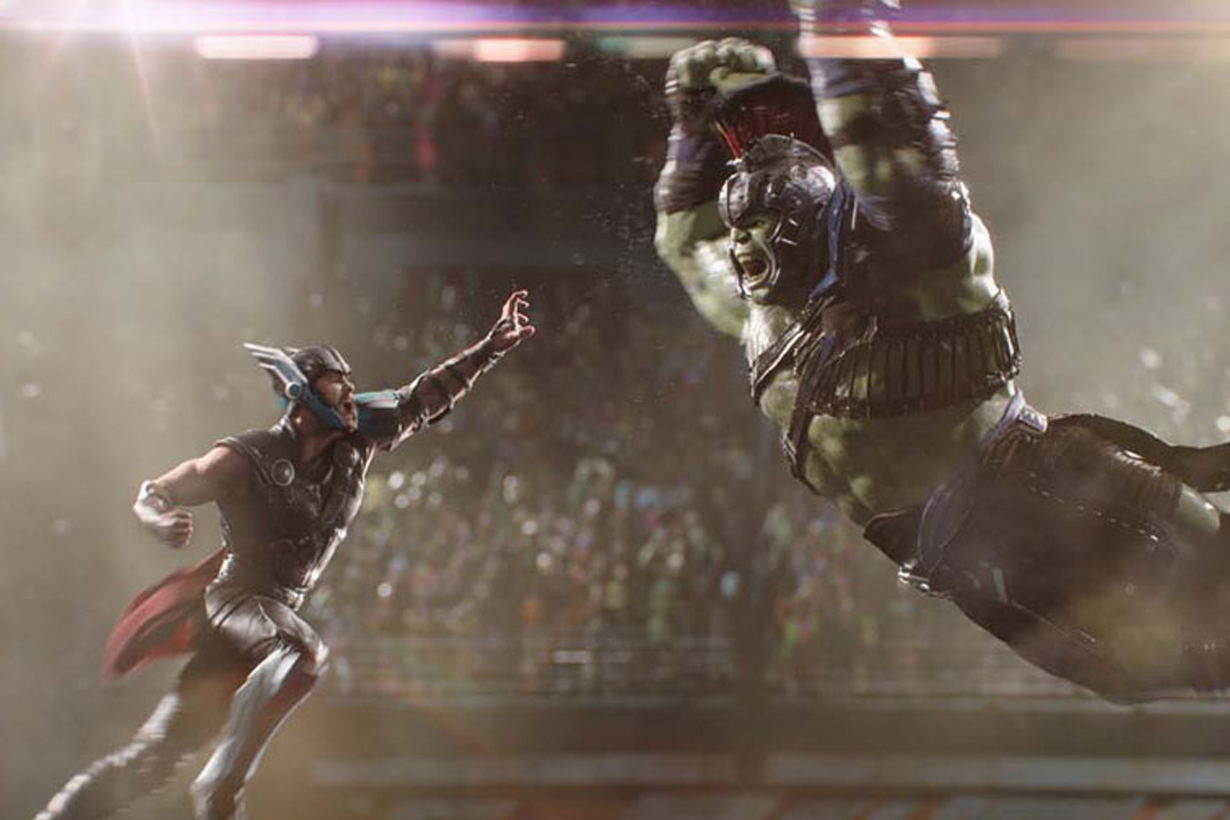 In atypical Marvel movie style, Thor: Ragnarok is as bizarre as it is bold. Definitely not as serious as its prequels, this Thor adventure is a colourful and ridiculous ride through the cosmos.

Taking place two years after the end of The Avengers: Civil War, Thor (Chris Hemsworth) finds himself captured on the other side of the universe without his hammer and up against former ally The Incredible Hulk (Mark Ruffalo), at the hands of the odd Grandmaster (Jeff Goldblum).

It’s a race against time as Thor must convince both Hulk and disgraced, drunken Valkyrie (Tessa Thompson), along with mischievous brother Loki (Tom Hiddleston) to escape the Grandmaster’s planet and return to Asgard to stop their newly-discovered sister Hela (Cate Blanchett) from starting the end of days.

Blanchett is a sadly unconvincing villain, though she looks spectacular. Our “lord” of thunder, Thor, is dumber than I remember – though funny, and handsome, so I guess he’s forgiven? Ruffalo just keeps getting better and better as Hulk, and though he spends more time on-screen as Hulk than he does Bruce Banner, his portrayal of Hulk is as endearing as he is enormous. The kids will be thrilled with the eye-rolling ‘Devil’s Anus’; while the women-folk will be fighting over who they love more, out of the odd British stars, once Benedict Cumberbatch’s Dr Strange makes a brief appearance. Keep a keen eye out for Sam Neill and Matt Damon’s cameos – and for the love of our God of thunder, it’s a Marvel movie so stay till the end of the credits!

Summed up, it’s bright, fun and daft, with 60s disco music, slow-motion fights, and epic battle scenes scored to Led Zeppelin’s “Immigrant Song”. Director Taika Waititi, best known for Hunt for the Wilderpeople and What We Do in the Shadows, adds some Kiwi humour and charm to the film, and ensures his career makes its Hollywood mark.